Google bets on Barcelona as a center of innovation 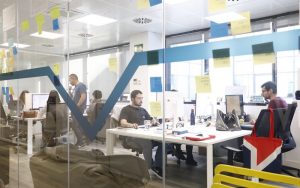 The Internet giant, Google, describes Barcelona as a center of innovation, so it intends to double its technological workforce in Barcelona “in the near future,” according to the head of the Google Cloud for Spain and Portugal, Isaac Hernandez.

In this way, the North-American company owning the most used search engine worldwide, reinforces its involvement with Barcelona. According to Hernández, his commitment to the city “is total.” He remarked that Catalonia is “a pole of innovation” in advanced technologies, both with respect to traditional companies and to the “effervescent” ecosystem in digital initiatives. He stresses that the search for talent is already being carried out, in order to meet these challenges and prepare for the growing increase in job positions, especially through engineers, trade-related professionals and customer service personnel.

This news only reinforces the trend of large international corporations at a technological level that consider Barcelona as a strategic point. For example, Amazon opened an office in the city’s 22 @ Business District last year, with more than 200 people to provide support to SMEs in France, Italy and Spain. Similarly, Facebook also announced in 2018 that it had chosen Barcelona as a global hub to address fake news, and that it plans to open offices with more than 500 employees in the city.