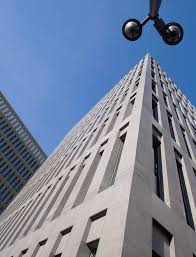 Barcelona stands out in European and world comparatives in the areas of innovation, competitiveness, and attraction of digital talent and foreign investment projects. This is demonstrated by the 17th edition of the annual report of the Barcelona Observatory, ​​jointly carried out by the Barcelona City Council and the Official Chamber of Commerce, Industry, Services and Navigation of Barcelona, ​​whose results highlight the healthy state of the city by comparing 33 benchmarks with the main European cities and around the world.

One of the highlights is that Barcelona is in 7th position among the main urban areas of the world in attracting foreign investment projects according to the Global Cities Investment Monitor 2019 report, of KPMG. Among the factors that have contributed to this progress, we have to mention Barcelona´s  good positioning in the acquisition of R&D projects, an area where it is ranked as 4th in the global area-with 29 projects- and only behind Paris, Singapore and Bangalore.

For this and more, Barcelona is positioned as a first-class city in innovation, competitiveness and technology. For example, for the first time it ranks as the 4th most innovative city in Europe 2019, only behind London, Paris and Berlin, and it´s ranked 21st in the world among 500 cities analyzed by the Innovation Cities Index, prepared by 2thinknow, after improving its position compared to the previous year.

In terms of competitiveness, the city remains for the fourth consecutive year among the 25 urban areas with the most global competitiveness, according to the Global Power City Index 2019 Report of the Mori Memorial Foundation. This report ranks Barcelona 22nd in the world and 11th in Europe, with particularly favorable results in the categories of habitability (6th) and cultural interaction (14th).

In view of these results, it is no coincidence that Barcelona becomes the 3rd favorite city in Europe to launch a start-up, ahead of Paris, Amsterdam or Munich, according to the prestigious StartUp Heatmap Europe, which only confirms the dynamism of the city’s digital entrepreneurship ecosystem. Another fact that reconfirms the healthy state of the city is that, in addition, it is the 5th most attractive city in the world for digital talent that wants to work abroad according to the Decoding Global Talent 2019 Report, from The Boston Consulting Group, just behind London, New York, Berlin and Amsterdam.

Therefore, the key indicators that highlight the healthy state of Barcelona keep improving its marks, placing the city in preferred positions in the world-ranking for economic activity, quality of life, sustainability and social cohesion, labor market and training, knowledge and tourism community, culminating in a far more relevant fact: the report ranks Barcelona as the 8th worldwide city that best combines work and personal life.