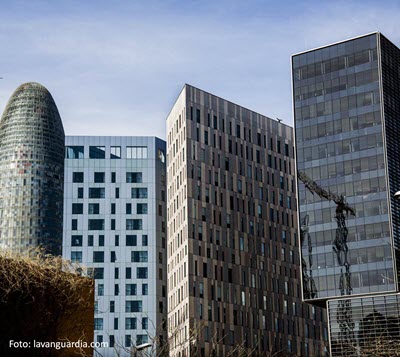 The consultancy firm highlighted the increase in pre-lease operations in the first half of this year, which made up 44% of all leasing and accounted for 27% more surface area than all of 2018. In this regard, the lack of large, quality spaces available is one of the main characteristics of the Barcelona office space market today.

At the end of the second quarter of this year, the vacancy rate was 6.7% of the total stock, which is the lowest vacancy rate since 2008. This lack of available space is particularly noted in higher quality buildings, where the vacancy rate is just 0.3% of the total stock, meaning there are less than 20,000 m2 of this type of space available. Given this situation, it is no wonder that companies looking for new office space, particularly those who want large spaces, are turning to pre-lease operations as the only alternative to meet their needs in the short and middle term, explains CBRE.

Currently, 200,000 m² of office space is being built in the Barcelona real estate market, roughly 115,000 m² of which is still available. In addition to this space, there is an additional 150,000 m² planned in construction projects that have not yet broken ground. Nevertheless, everything points to pre-lease operations continuing to be very common in the coming months in the city.

Finally, CBRE highlights that the 7,000 m2 leased by Indra in the 2nd phase of the Inneo building and the pre-lease signed by Cellnex for the future Torre Levant building in the BCN Fira District are some of the most noteworthy operations in recent months.