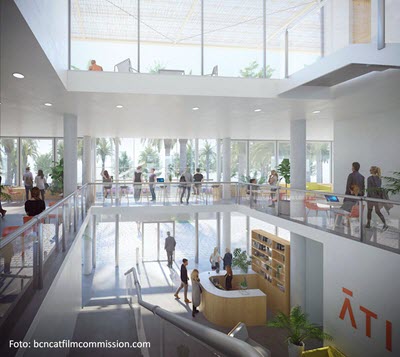 In 2018, Barcelona’s 22@ district absorbed a total of €253M,  figure that represents 36% of the total investment in office space in the city, which was of €695M. The forecasted delivery for this 2019 is of some 78,000sqm of new office space only within this technological district, more than doubling the new space delivered last year (33,200sqm).

These are data coming from a recent report by real estate consultancy firm BNP Paribas Real Estate, which also highlights that, over the next three years, the forecasted delivery of new office space within this tech district will get to 335,000sqm in order to face the growing demand and the lack of built office space.

In this sense, it should be stated that the prime areas at the 22@ district are, on one side, the one entouring plaça de les Glòries and, on the other, that of the maritime front in front of the Poblenou and Vila Olímpica neighbourhoods, between the coastal ring road and Icària Avenue. Availability at these prime areas is only of about a 4%.

Before this situation, investors move between operations in buildings already constructed and new ones. On the one hand, it should be highlighted that InmoCaixa is finalising the acquisition in €35M of an 8,000sqm building at Llull Street, owned by the funds management German company GLL. On the other hand, Telefónica sold the Emperador group, for €150M, its 34,000sqm headquarters located beside the Fòrum de les Cultures, on the edge of the 22@ district.

At the same time, Barcelona’s Chamber of Commerce made public that in 2022 it will move its headquarters from Avinguda Diagonal to a new building at the 22@. It also stated that it has signed a protocol with Barcelona’s Town Hall, which would hire an important part of the new headquarters. Also, start-up Aticco, devoted to ‘coworking’, recently signed an agreement to rent a new building at the 22@, which expects to open up in September.  The new Aticco centre will have 6,340sqm, more than 700sqm of which would be terraces.

Finally, a new office building project will raise at the 22@ due to the companies’ high demand of this tech district. It will be built at the site bought by the funds management company Conren Tramway and the German firm Conren Land at number 162 of Almogàvers Street, within the same urban island where another office building is currently under construction.