Catalonia continues being Spain’s first economy after having grown a 2.3% and representing a 19.14% of its GDP 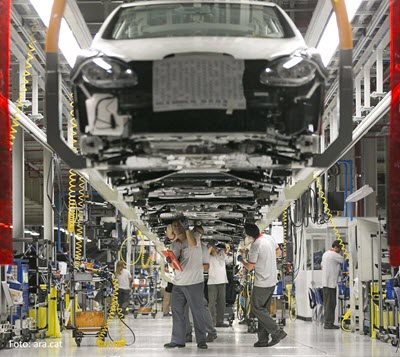 One more year, Catalonia continues being the country’s first economy, with a GDP of €231,277M, according to Spain’s Regional Accounting Data by Spain’s National Institute of Statistics (INE). This figure means that the influence of Catalonia’s economy over the Spanish GDP reaches the 19.14%.

The data highlight the industry as a value generator, as in Catalonia it supposes up to 19.7% of its total GDP, while in Madrid it only represents a 9.3%.  In this sense, Madrid, which last year grew 1,4% over Catalonia, is shortening distances, but still holds a second place at a distance of some €1,200M and an influence over the country’s economy of 19.03%.  These positions have been kept likewise for the past 19 years, except for 2012.

However, it should be highlighted that the growth figure made public by the INE falls far behind the one given by Catalonia’s Institute of Statistics (Idescat), which informed that Catalonia’s GDP grew a 2.6% last year, that is, three tenths more than the figure given by the Spanish Institute. In particular, the Idescat says that Catalonia generated €242,000M last year, €11,000M more than the figure provided by the INE. According to the Catalan statistics office, this is not due to a difference in the criteria used, but to the fact that Idescat has more tools than INE to draw a detailed radiograph of the Catalan economy.

Catalan Economy Stabilizes and Grows Two More Tenths over 2019 First Quarter
According to data brought forward on Monday by the Idescat and the Government of Catalonia’s Department of Vice-presidency, Economy and Tax Office, the Catalan economy slowed down its downturn and closed 2019 first quarter with a 2% increase of its annual GDP, two tenths more than that of 2018 last quarter (1.8%). This growth was specially driven by the good behaviour of the services and construction sectors. In relation to its quarterly behaviour, the Catalan economy growth during 2019 first quarter is of a 0.6%, also two tenths higher than last quarter.