Barcelona almost doubles the investment in start-ups, which already encompasses a 65% of the Spanish total 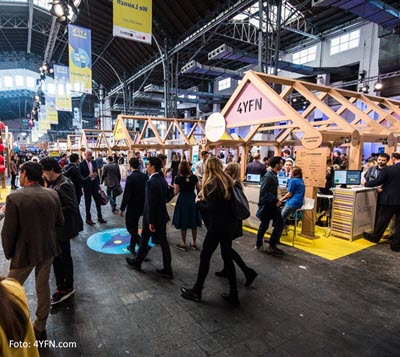 Barcelona consolidates itself as a mature technological ecosystem and a pole of attraction for start-ups. For the second year in a row, the volume of investment in start-ups in Barcelona has almost doubled the investment raised the previous year. While in 2017 the technological ecosystem of the Catalan capital raised €453m, 2018 almost doubled this figure, reaching €871m.

This is one of the main data contributed by the Startup Ecosystem Overview 2019 report, recently launched by the Mobile World Capital Foundation. The report also certifies that Barcelona is once again improving its competitive positioning in the investment on tech-companies. While in 2017 Barcelona stood for the 58% of the total Spanish investment, in 2018 this percentage increased up to 65% of the total volume invested in start-ups.

Barcelona has concentrated also those investments with a bigger volume, an evidence of the maturity of the ecosystem, where it is not unusual to find funding rounds of over €100m. Last year, these operations gathered €720m. It is important to highlight that in 2018 two outstanding operations were closed in Barcelona: the €430m funding round of Letgo and that of €115m for Glovo. The fastest-growing sectors are health and mobility.

With these figures, the Catalan capital positions itself in the fifth place worldwide in investment raising for start-ups, behind London, Paris, Berlin and Stockholm, and it occupies the third position as top-rated city by entrepreneurs willing to settle their company in it, only behind London and Berlin.

The main display window for these tech-companies is the 4YFN Congress, recently celebrated, and parallel to the Mobile World Congress. This event, held at the Montjuïc Fair, was visited by more than 21,000 people, and more than 750 companies and 1000 international investors were present in this, the most international edition of them all.