Congresses in Barcelona grow an 8.1% in number during 2017, leading world rankings with an impact of €1,851m 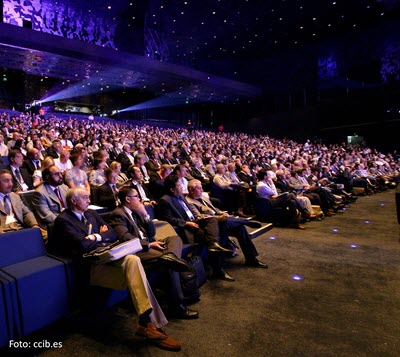 Barcelona is the city of the world where more international congresses were held during 2017, totalling 195. With this figure, the Catalan capital places itself ahead of Paris or Vienna, with 190, and moves forward two places within the Associació de Congressos i Convencions Internacionals (ICCA) ranking with regard to 2016. During 2017, congresses in the city rose by 8%. The number of planned events for 2018 and 2019 will consolidate this privileged position.

Similarly, 2017 was the best in Barcelona’s history, with a total of 2,134 business meetings held and an economic impact within the city of €1,851m, a 21% more than the previous year. These are data from Barcelona Convention Bureau (BCB) programme, which promotes the city as a business meetings’ hub and highlights how relevant the congresses’ tourism is for the city (with 674,890 displaced representatives, a 14.2% more than in 2016). This sector is professional, nonseasonal and has an economic impact that reaches out further away than the punctual visit, leaving its footprint at the productive tissue, and the generation of knowledge and talent.

Particularly, 2017 results show a growth of 10.5% in the number of congresses (561) and a 6.2% in conventions (1,573), a total of 2,134 meetings held, an 8.1% more than last year. Therefore, Barcelona consolidates itself as favourite destination for the congresses’ tourism. At the same time, it holds very positive evaluations from these professional tourists, as they give a mark of 8,6 points to his stay in the Catalan capital, Turisme de Barcelona said.