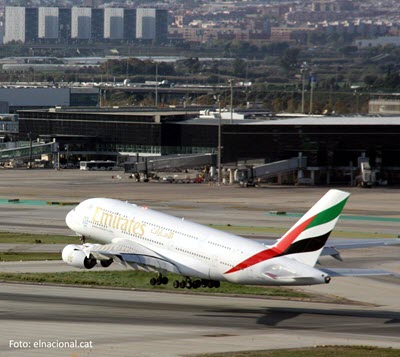 The constant increase in the number of new long distance routes made the Ministerio de Fomento (Ministry of Development) to recently announce a 200 million euros investment at Barcelona-El Prat airport. It will be allocated to the construction of T1 satellite terminal, which will be finished by 2026, and will house 17 fingers for intercontinental flights exclusively.

This investment is part of a new general plan with a committed investment of 1929 million euros, to be spent during the next eight years. Its aim is to increase El Prat airport capacity from the current 55 million passengers up to 70 million by 2026.

This is only one of this infrastructure main challenges. The airport closed 2017 with a new historic maximum of a total of 47.284.500 passengers, a 7,1% higher than the previous year (figures published by Aena). Last year was the seventh year in a row in which the airport records its best historic figures.

The Ministry of Development has also announced the construction of a new platform to park large aircrafts and a new carpark at T1 to respond to the foreseen increasing number of passengers at the airport.