Electric vehicle sales in Catalonia shot up by 61% in 2017 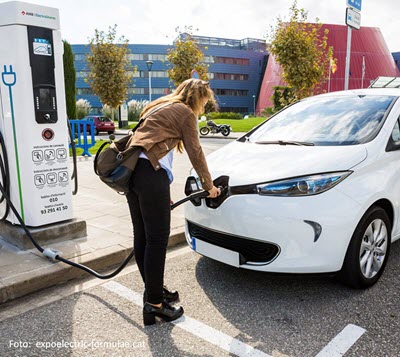 The electric vehicle market in Catalonia, although still modest in terms of quantitative figures, continues to exceed sales records year after year. Electric vehicle registration shot up by 61% in 2017 to reach a total of 1,950 units. The sale of electric cars in the Barcelona area accounted for almost 90% of all those sold in Catalonia.

This increase was accompanied by that registered in the hybrid vehicle segment, which was 72% when compared to 2016. This vehicle category ended the year with a total of 11,748 cars sold. With respect to regional areas, Barcelona also concentrated the bulk of registrations in this niche, with 75% of the total.

With both segments, hybrid and electric cars already represent 5% of all cars sold, the best figure in their history in terms of market share, considering that this is still an emerging sector. Manufacturers of electric mobility vehicles are confident that the implementation of the Movalt Plan – the subsidized scheme for purchasing alternative-energy vehicles – will contribute to a significant increase in these figures.

In this regard, it must be noted that Tesla, the world’s leading in electric car USA manufacturer, opened its first permanent store in Spain, in Barcelona last October. This dealership opened after the company’s initial temporary location at the Moll de la Fusta and its first technical centre in l’Hospitalet de Llobregat. The new store in Barcelona is in Carrer Rosselló nº 257.