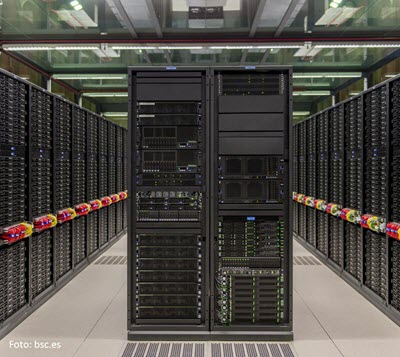 Barcelona will lead the project for future European chips, which is promoted by the  European Commission with the aim of guaranteeing European technological sovereignty and industrial competitiveness. The choice the Barcelona Supercomputing Center-Centro Nacional de Supercomputación (BSC-CNS) for this project will involve an investment of some 240 million euros from European funds until 2021.

Three candidates were initially selected for euro-chip development and the final body chosen was a consortium that includes among its members, the BSC-CNS as a scientific leader and the multi-national French company Atos / Bull as an industrial leader. The consortium is part of the  EuroHPC Project  (High Performance Computing), which is considered to be strategically important by the European Commission in overcoming the current vulnerability of the continent, and in competing in computing capacity with the United States, China and Japan.

The EuroHPC Project was created with two aims in mind. The first; the development of a European chip that avoids current dependence of American chips and the second; the development and installation of the next four European supercomputers, which will have computing capabilities higher than those of any other machine operating today. As such, the likely replacement of the current Mare Nostrum 4 computer for the future Mare Nostrum 5 model (with a computing capacity twenty times greater) would mean another 120 million euros for Barcelona.

Project sources have stated that it will have an impact on both the economy and living standards of both Barcelona’s inhabitants and those of the city’s metropolitan area, as it will be an excellent opportunity to provide competitiveness to all industries that incorporate microelectronics, from the automotive sector to precision medicine, as well as the likelihood that other new companies will appear in this sector.