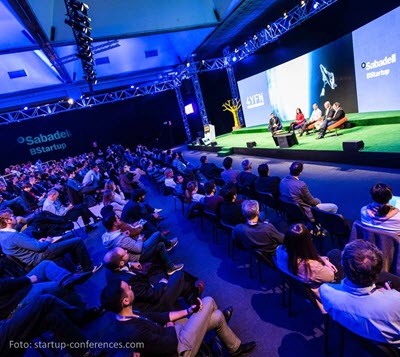 The city of Barcelona is currently considered to be the third European favourite when it comes to entrepreneurial preferences in terms of launching a startup, and is only beaten by London and Berlin, while it is just ahead of Paris and Amsterdam. These figures were taken from a report published by Atomico, a British international investment firm that focuses on disruptive technology companies, which compiled the list, and which includes Dublin, Stockholm, Lisbon, Munich and Milan in the top ten positions.

This outlook report on markets and the technology sector has come from the Startup Heatmap Europe, through a survey of over 300 entrepreneurs, who mentioned about 80 European cities, although the top five account for more than 50% of those mentioned. London and Berlin gained 55% and 42% of entrepreneur votes, while 21% choose Barcelona.

It should be noted that almost 90% of the mentions of Barcelona come from outside Spain, while in the case of Paris 40% of this city’s votes come from France itself. This data shows evidence of the growing internationalization of the Catalan capital, whose access to talent is a clear key factor when choosing a location for a startup.

Some 1,200 Catalan startups have created 11,700 jobs
Using ACCIÓ -the agency for company competitiveness – the Catalan Government has identified 1,200 Catalan startups that have created 11,700 jobs and which have an average turnover of 1.2 million euros. It is noteworthy that 23% of Catalan startups have their origins abroad, while in the case of founders from other countries the figure is 14%. In terms of sectors, most of the business activity involves the Internet and mobile software, digital applications related to travel and leisure, health technologies and biotechnology.