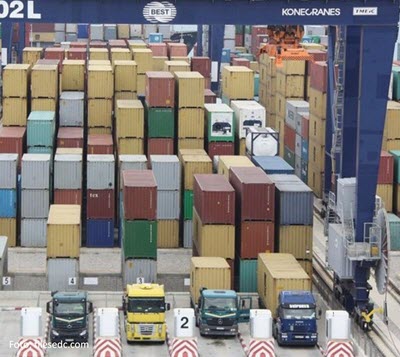 Exports from Catalan companies have broken again all records in September, according to figures published last Tuesday by the Ministry of Economy, Industry and Competitiveness. Sales abroad in September stood at 6,073 million euro, which is an increase of 5.68% compared to September of last year.

Exports during the third quarter stood at 17.037 million euro, an increase of 6.2% when contrasted with last year’s figures, and in terms of yearly totals, Catalan companies have made sales reaching 52,677 million euro, 8.4% more than the same period in 2016. Cumulative growth in Catalan exports during the first eight months of the year is higher than the European Union average.

With respect to accumulated results during the first 8 Months, Catalan sales abroad total 46,604 million euro, a growth of 8.8% in year-on-year terms, accounting for 25.6% of all Spanish exports. Exports accumulated between January and August increased in all four Catalan regions, especially in Tarragona (+19.8%) and Girona (+14.3%), although also in Lleida (+7.8%) and the Barcelona region (+6.8%).

In 2016 and for the sixth consecutive year, Catalonia registered the highest overseas sales figures since records began, when Catalan companies exported 65,142 million euros worth of goods. These figures are the result of the continued effort of Catalan companies, who are some of the most internationalized in the environment, and which are fully integrated into global value chains and international trade flows.