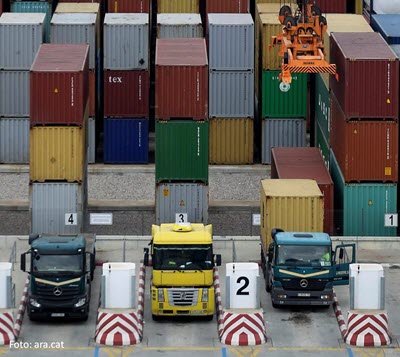 In the first semester of 2017, Catalan exports beat standing records and registered a growth of 9.5 % compared to the same period last year, reaching a total of 35,640 million euros. This is the best first semester on record. Foreign trade data, provided by the Ministry for the Economy and Competitiveness, shows the strength of export trade growth in Catalonia.

At a sectoral level, according to data from the Ministry for the Economy and Competitiveness, chemical products led the way for Catalan exports in this first semester (reaching 9,329 million euros with a growth of 8.2 % in comparison to the first semester of 2016), which represent 6.2 % of total sales abroad. Capital goods exports amounted to almost 6,266 million euros, 17.6 % of the total for Catalonia, and 1.6 % of annual growth. The vehicle-production sector, with 5,607 million euros, was responsible for 15.7 % of the total, with an annual growth of 5.8 % per year.

The Ministry has also published specific data for June. In Catalonia exports increased by 5.6 % and reached 6,134 million euros, which are also the best figures for the month of June on record.