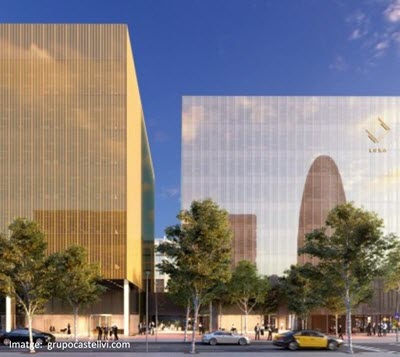 Amazon has announced its sixth investment in Catalonia in less than two years. The e-commerce multinational will be opening a new research centre in Barcelona in early 2018, and is planning to recruit over 100 scientists and software engineers over the coming years. The company has not yet disclosed its investment figures.

The company’s new facilities will be located in the 22@ technological district, in the same building that houses Amazon’s Seller Support Hub, which will begin operations in the first months of next year, and which will host the SME support centre for companies in Spain, France and Italy, where some 500 more people will be employed.

The new centre will be devoted to investigation into machine learning, a scientific branch of artificial intelligence that seeks to develop machines that learn automatically and evolve by themselves. Machine learning will allow companies to make more accurate predictions on demand developments, and so allow savings to be made on storage costs.
As mentioned above, this is the sixth investment announced by Amazon during the last two years in Catalonia, after the logistics centre (El Prat de Llobregat), the Support Centre for Southern European SMEs (22@ Barcelona), the logistics centre specialised in Amazon Pantry (Castellbisbal), the distribution centre specializing in Prime Now (Eixample, Barcelona) and the logistics warehouse (Martorelles).

With this new investment, Barcelona will have established itself as one of Europe’s leading IT hubs. According to the Start-up Ecosystem Overview Report released earlier this year by the Mobile World Capital Barcelona Foundation (MWCB), the Catalan capital ranks as the fifth most important city in Europe with respect to numbers of technology-based companies, and is only surpassed by London, Berlin, Paris and Amsterdam, ranking just ahead of Madrid. Barcelona’s extensive network of universities and its quality of life are two very important factors offered by the city, making it a highly attractive destination for international talent, according to sources from Amazon itself.