Catalonia achieves the best foreign investment figures in its history, with more than €5000 million 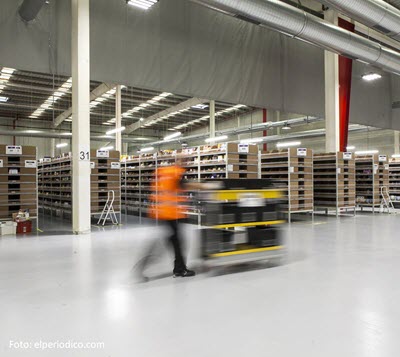 The Ministry of Economy, Industry and Competitiveness has recently recalculated and detected an increase in the data of foreign investment in Catalonia corresponding to 2016. It acknowledges 5051.5 million euros of productive investment, higher than the 4857 million made public last March.

With this new figure, last year was the best year for Catalonia in terms of attracting foreign investment since 1993, when this record began. The figure represents 2.4% more than the previous year (4936 million) and establishes a new historic record.

This upward trend in foreign investments is maintained in 2017. During the first quarter of this year, Catalonia has attracted 856 million euros, a figure that is the best data for this period since records began, and represents an increase of 69% compared to the same quarter of last year. In this regard, it is important to note that between 2010 and 2016 the barrier of 3000 million per year was exceeded except in 2012.

Sources from the Catalan Government highlight that the magnitude of the investments in recent years is due to a set of factors that make Catalonia attractive for investments, such as an alluring lifestyle, an economy that is very diversified and industrialised, and the talent of the people staff in an ideal ecosystem for ‘start-ups’, in a strategic geographical setting, with significant infrastructure at all levels.