Mobile World Congress once again beats all records with 108,000 attendees 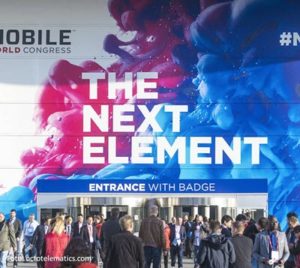 Mobile World Congress 2017 closed its doors with a new all-time record of 108,000 attendees, up 7% from the previous edition according to sources at GSMA. The congress occupied more than 115,000 m² at the Fira Gran Via de L’Hospitalet and parallel events like 4 Years from Now (4YFN) and the Youth Mobile Festival (YoMo), took up 50,000 m² at the Fira de Montjuïc.

Participants from 208 different countries got to see the latest from more than 2,300 companies in the mobile industry and related sectors, such as the automotive sector, finance and health. Nearly 55% of all attendees were senior executives, including more than 6,100 CEOs, and there were 3,500 accredited media representatives and sector analysts. Furthermore, investors also threw themselves into the fair, with more than 700 present, up nearly 30% from the previous year.

According to the initial data published by GSMA, the estimated economic impact of MWC 2017 was more than €465 million, creating 13,200 temporary jobs. GSMA assures that MWC 2017 has further strengthened its position as the most important event in the mobile communication sector and highlights that the congress featured conferences from top names in the sector and allowed participants to discover the technology, products and initiatives that will define the path this industry will take in the coming years.

This year’s MWC was also characterized by the strength of the parallel programs. The 4YFN congress for entrepreneurs set a new record for participation, with 19,123 participants, 60% more than in 2016. With foreign participants making up 69% of the total, this meeting point for start-ups attracted up to 47% of all of the delegates that came to the Mobile World Congress. This year’s event has further strengthened the role of 4FYN as a meeting point for large companies, entrepreneurs and start-ups. To round off the success, 4YFN has announced it will be even more international next year with a new edition in Silicon Valley.

Furthermore, the first edition of the Youth Mobile Festival (YoMo) attracted roughly 11,000 students. The Mobile World Capital Foundation also took stock of Mobile Week, its project to bridge the gap between the congress and Barcelona residents in neighborhoods throughout the Catalan capital, which saw 2,000 participants in its first year.

Both 4YFM and the Mobile World Congress set aside spaces to debate women, technology and their role in companies under the umbrella of the Women4Tech program that analyzes the causes behind the gender gap in the technology sector. This year, 23% of all participants were women, up 14% from the previous year.

Mobile World Congress 2018 will take place in Barcelona from February 26 to March 1.